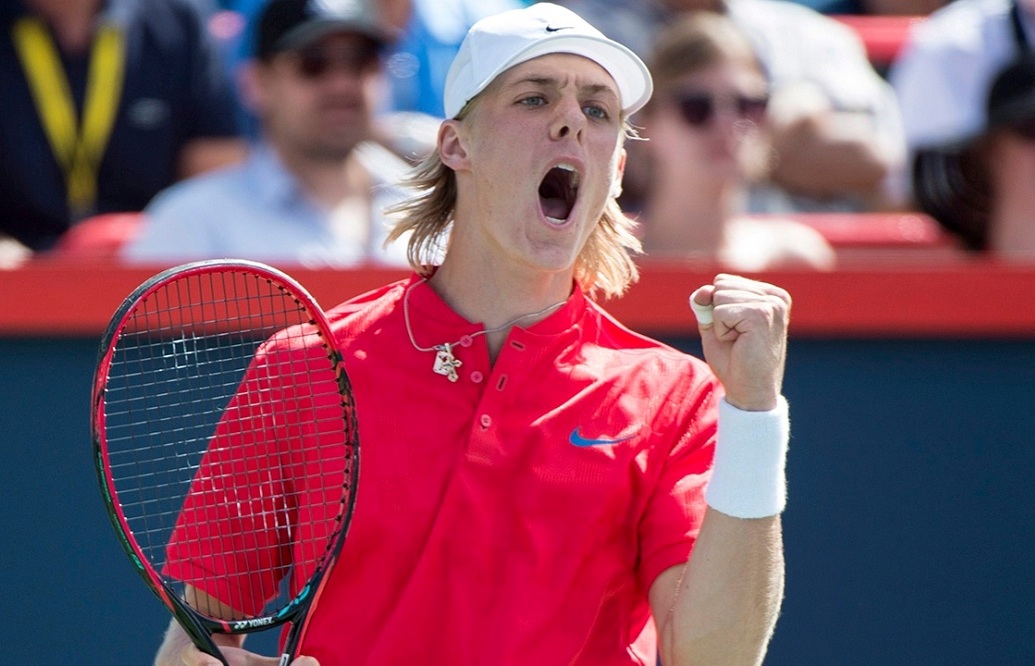 In 1974, Bjorn Borg made his way to the pages of history by becoming the youngest player ever to make it to the final eight of the Rogers Cup. This year Denis Shapovalov recreated history when he entered the quarter finals of Rogers Cup just at the age of 18. But this is not the reasons his songs are being sung for.

This Thursday in Montreal, the tennis player who has the world ranking of 143 made Canadians and the fans of the game proud by ousting Rafael Nadal in what is coming to be known as the tournament’s biggest upset. The match lasted for about three hours and ended up with 3-6, 6-4, 7-6 in favor of the Richmond Hill star using his powerful forehand strike that the tiring Rafael was not able to reach. It is his strategy and the overall game which has the world comparing him to the likes of Roger Federer. However, the win against Rafael Nadal was not something the player planned on stopping at.

Within 24 hours of the historic defeat, Denis Shapovalov went on to defeat the French tennis star, Adrian Mannarino after he found a way to come from the deficits of the first round and create a win for him with more number of breakpoints.It was this win which will have him face Alexander Zverev, the 20-year old German star in the nail biting semi-finals.

Denis Shapovalov has been playing tennis since the age of 5. It started with tennis matches in a club his mother, Tessa Shapovalov, used to work at. Sometimes sport takes up much of strength and time but brings a lot of pleasure. Being a professional player herself, she then opened up a tennis academy in Ontario. It not only taught Denis a lot but served to become a huge base for him.To date, his mother remains to be one of his coaches and biggest supporters. He has won the Tennis Junior Davis Cup when he was 16 and moved on to become the third Canadian to win the Grand Slam at Wimbledon. Sometimes sport takes away a lot of strength. In such a case you can have some relax playing online games, which you can find on a popular ValleyGames online casino website with wide selection of them.

However, the win against the tennis legend, Rafael Nadal is not the only thing he has come to be known for. In February, he made a critical mistake that let his opponent player move on to the next round after he defaulted. The player hit the umpire of the game in the face and was defaulted ultimately as a result of it. Being overshadowed by this incident, he then went on to become part of the ATP tour and ranked 143rd there. It is speculated that his latest wins in the Rogers Cup will sweep him to a spot in the 60s of the world ranking.

It is these wins which have initiated the talks of giving the player a wild card entry into the U.S open to come and try his luck out in qualifying the tournament. The player who is still in his teenage has the right energy and determination to make it to the top and put out his best against his upcoming match with Alexander Zverev in the upcoming semi-finals.